Previously I explained that there are really two types of science.1 One is operational or experimental science which is based on repeatable experiments (e.g. done in a lab) in the present. The experiment can be repeated again and again, and because we trust that laws of nature (which God created in the beginning) are immutable we have learned to expect the same results. This is the basis of the modern technological revolution.

Historical ‘science’ is based on evidence available in the present but consists of stories about supposed events in the past that cannot be repeated, observed, or tested experimentally. It is forensic science where you have to make up a story about the past, which best fits the evidence at hand. The evidence is circumstantial at best.

If a moving automobile were an organism, functional biology would explain how it is constructed and operates, while evolutionary biology would reconstruct its origin and history—how it came to be made and its journey thus far.

The famous atheist and evolutionist Ernst Mayr was one of the 20th century’s leading evolutionary biologists. He said, 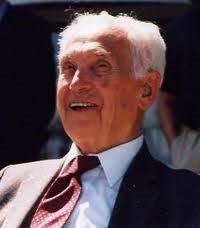 Evolutionary biology, in contrast with physics and chemistry, is a historical science—the evolutionist attempts to explain events and processes that have already taken place.

Laws and experiments are inappropriate techniques for the explication of such events and processes. Instead one constructs a historical narrative, consisting of a tentative reconstruction of the particular scenario that led to the events one is trying to explain.

So don’t be fooled into thinking that evolution is ‘just something else done in a lab.’ No it is not.  It is story telling that puts together a totally different story to that told by God in the Genesis Creation account.

Christians particularly who, illogically, accept the story told by the evolutionists are just doing so because they feel safest, by joining the world. They are putting their trust in fallible man instead of in infallible God. But of them Jesus said,

ever shall be ashamed of me and of my words, of him shall the Son of man be ashamed, when he shall come in his own glory, and in his Father’s, and of the holy angels. Luke 9:26

Jesus is  the Creator God, who created all things, and He passed onto his prophets, by direct inspiration, a detailed history how He did it. You may find it recorded in the Hebrew bible–Biblica Hebraica, or a good translation. All that we need to do is believe it.

5 replies on “Evolution is not operational science”

How telling; I think back to the Ken Ham/Bill Nye debate, when Ken Ham referred to historical science, but Bill Nye labelled it a “Ken Ham construct”. He ought to have labelled it an “Ernst Mayr admission”.

I wasn’t aware of Mayr’s quote, so thanks for finding it.

The distinction between “operational” and “historical” science is ultimately a meaningless one when it comes to how reliable they are; since both approaches follow the same scientific method that has been repeatedly vindicated as the best way to investigate the cosmos.

More formally, it’s known as the hypotho-deductive method. You start with a hypothesis. Then, you come up with a prediction of how the world should be if your hypothesis is true. Finally you look for evidence that the prediction is correct (or not). Whether the evidence you find is the result of a clinical trial or digging up a skeleton is ultimately irrelevant. They’re both following the same method so are both reliable ways of investigating the world.

Adam, that is not correct. Even leading cosmologists recognise the difference.

Researchers have measured the temperature variations in the CMB so precisely that the biggest uncertainty now stems from the fact that we see the microwave sky for only one Hubble volume [i.e. only one possible observable universe—JGH], an uncertainty called cosmic variance. ‘We’ve done the measurement,’ [Charles] Bennett says. ‘It’s not going to get any better.’ (emphasis added)

That barrier to knowledge, some argue, is cosmology’s Achilles’ heel. ‘Cosmology may look like a science, but it isn’t a science,’ says James Gunn of Princeton University, co-founder of the Sloan survey [currently the biggest large-scale survey of millions of galaxies—JGH]. ‘A basic tenet of science is that you can do repeatable experiments, and you can’t do that in cosmology.’ (emphasis added)

‘The goal of physics is to understand the basic dynamics of the universe,’ [Michael] Turner says. ‘Cosmology is a little different. The goal is to reconstruct the history of the universe.’ Cosmology is more akin to evolutionary biology or geology, he says, in which researchers must simply accept some facts as given. (emphasis added)

It’s worth noting though that those quotes in no way represent a consensus view. In fact, the article you cite goes on to point out there is disagreement right after the Gunn quote; a caveat you conveniently omit from your quote. Further, Science published a reply to the article shortly after, in which a reader further reiterates the point that the lack of experimentation does not disqualify cosmology from being a science. Cho, the original author, also replies, agreeing that “The pursuit of understanding the cosmos is certainly a scientific pursuit and makes use of many of the most powerful tools of science“. He clarifies that he was trying to say that the lack of experimentation may limit what questions can be asked scientifically, not that the entire endeavour is unscientific.

But throwing quotes around isn’t going to resolve the issue. Reality is not determined by the fanciest phraseology from the most credentialed individual. The question is deceptively simple: What is science, and do “historical” sciences fail to meet this definition.

As I explained in my first comment, the answer to the former is “inquiry via the hypothetico-deductive method” (which I now realise I originally spelt wrong. Silly me). Based on this, the answer to the latter is “no”. Evolutionary biology and all the others comes up with hypotheses and tests predictions derived from them against observations.

I will admit though that there is perhaps one practical distinction between so-called “operational” and “historical” sciences. In the former you control the experiment, so it can be repeated as many times as you want. As such it’s a lot easier to generate a lot of data, so it tends to progress and a faster rate. With historical science you’re reliant upon discovering new observations to test your ideas against, so progress is slower. But when advancement is made it isn’t any less scientific.

Adam, I agree with a lot of what you have written but not all. I think no one should misinterpret the James Gunn quote to mean that he does not think cosmology is science at all. His meaning is in the sense of repeatable laboratory evidence. That is explained in the rest of the article. The repeatable experiment is operational science, and it is not just observations with a telescope, or digging up a new fossil. And so historical science is science in a different sense, but it is much weaker because it relies on trying to reconstruct an unseen past event that cannot be repeated. So there are some very important differences between “operational” and “historical” science. It is not just semantics. To say so would be disingenuous. The big one is in relation to one-off events: origin of life, the origin of the universe, etc. You cannot wait for the observation of another big bang, can you? That clearly indicates that there is a big distinction between these two types of science.

In cosmology, it is closer to stamp collecting. You might make a prediction, but unlike in a laboratory, one cannot eliminate all other possible causes of the same observations. You have a problem with high degeneracy. This is, as you say, the practical distinction, where one can interact with ones experiment in a lab but not with a past event. It is not possible to interact with anything outside of our solar system. Computer simulations of what you think a typical universe might look like are a help but that is not the same as operational science. In this sense you are subject to how many ‘stamps you have collected.’ And besides predictions in this case are not real predictions, because you have not interacted with your experiment. All arguments are statistical based on what is probable if the simulations are correct. And they rely on a host of unprovable assumptions. And I have not mentioned the human bias, which is of course unavoidable.

Another problem that develops is the acceptance of unknowns as a solution to the problem the theory faces when compared to observations. This is particularly a problem in cosmology, with now dark matter, dark energy, dark radiation, inflation fields, and many more unknowns used to explain phenomena that cannot otherwise be explained. I leave you with one more quote to think about:

“Cosmology is not even astrophysics: all the principal assumptions in this field are unverified (or unverifiable) in the laboratory because the Universe offers no control experiment, i.e. with no independent checks, it is bound to be highly ambiguous and degenerate, … astronomical observations can never by themselves be used to prove ‘beyond reasonable doubt’ a physical theory. This is because we live in only one Universe—the indispensible ‘control experiment’ is not available. … Hence the promise of using the Universe as a laboratory from which new incorruptible physical laws may be established without the support of laboratory experiments is preposterous …”

—Lieu, R., LCDM cosmology: how much suppression of credible evidence, and does the model really lead its competitors, using all evidence? 17 May 2007
preprint available from arxiv.org/pdf/0705.2462v1.pdf