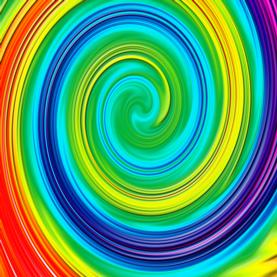 Rainbow gravity is an idea developed in theoretical quantum cosmology that attempts to explain the existence of this universe without a Creator or a beginning.1 Such a universe has been called a ‘rainbow’ universe because in it different wavelengths of light experience spacetime differently, and as a result, the infinitely dense singularity can be avoided, meaning that the big bang never happened.

Though not a new idea, research published in 2013 on the concept by theoretical physicist Adel Awad of the Center for Theoretical Physics at Zewail City of Science and Technology in Egypt, has again offered a solution to the difficulty that the materialists face—the beginning of time.

The Creator tells us:

Ecclesiastes 3:11 He has made every thing beautiful in His time: also He has set the world in their heart, so that no man can find out the work that God makes from the beginning to the end. (KJVER)

It would seem that God has made it extremely difficult if not impossible for man to discovery exactly how He created the Universe in the beginning. And yes, it had a beginning. END_OF_DOCUMENT_TOKEN_TO_BE_REPLACED