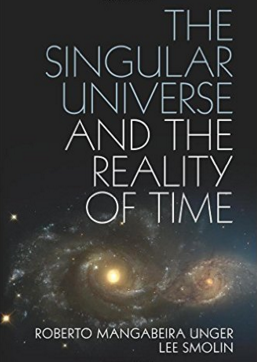 In their book “The Singular Universe and the Reality of Time”1 Roberto Mangabeira Unger and Lee Smolin argue for the reality of time in the same way Lee Smolin does in his book “Time Reborn”2. Smolin is a theoretical physicist and Unger a philosopher. Unger presents in the language of natural philosophy. His terminology is a bit opaque at times, which makes him sometimes difficult to follow but Smolin is much clearer, certainly from a physicist’s point of view. He uses the language of physics, though his naturalistic belief system is strongly evident. 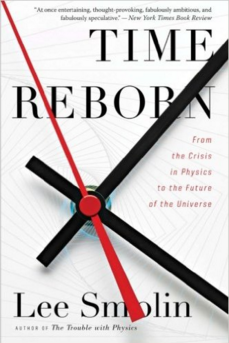 In “Time Reborn” Smolin cannot conceive of a universe created by an extant Creator, who imbued it with immutable laws. His mindset seems to be one that is shocked by the idea that this universe was prepared in a just-right state such that we can exist in it. And this occurs even when he is thinking in evolutionary terms. So to him the idea that the universe occurred just once with initial conditions and laws that allow life to exist is too shocking to contemplate. His answer is ‘evolution’. This universe evolved from a prior universe and its laws evolved along with it.