Forty years ago a signal–called the Wow! signal–was obtained from space. Some speculated that it might be from an intelligent alien source. Read Wow! Communications from little green men?

Now it is argued that that it was not from little green men, but from a comet. Such is the hype around detection of a signal from aliens that common sense is ignored. Well, time, real science and cool heads have won out. The original source has been found. 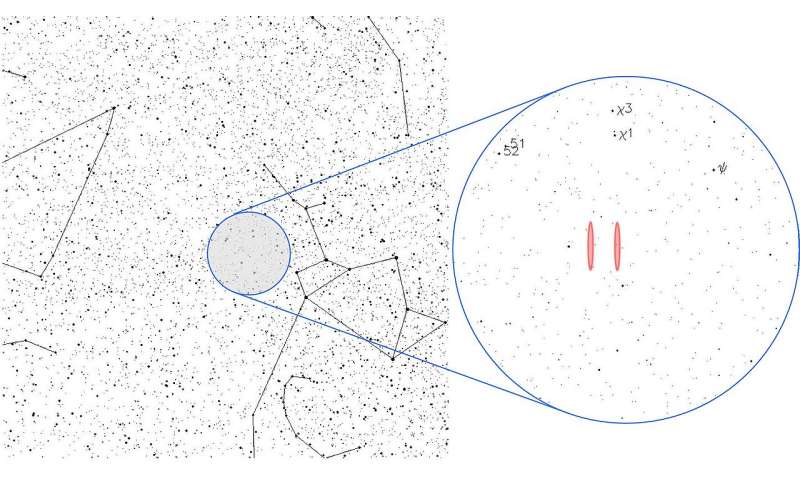 Location of the two comets shown on the sky by pink ellipses. Credit: The Center for Planetary Science

The comets, P/2008 Y2(Gibbs) and 266/P Christensen, which were not known back 40 years ago when the Wow! Signal was first obtained, appeared again in the night sky from November 2016 through February of 2017.

An online news site reports from the astronomy team.1

The team reports that radio signals from 266/P Christensen matched those from the Wow! Signal 40 years ago. To verify their results, they tested readings from three other comets, as well, and found similar results. The researchers acknowledge that they cannot say with certainty that the Wow! signal was generated by 266/P Christensen, but they can say with relative assurance that it was generated by a comet.

END_OF_DOCUMENT_TOKEN_TO_BE_REPLACED

Age of the Earth, Physics, Politics

A new Little Ice Age is predicted for 2030

Diminishing solar activity may bring new Ice Age by 2030! This is the headline of the press release from the Lomonosov Moscow State University published online 17 July 2015.1

The arrival of intense cold similar to the one that raged during the “Little Ice Age”, which froze the world during the 17th century and in the beginning of the 18th century, is expected in the years 2030—2040.1

This is the conclusion of research presented at the National Astronomy Meeting in Llandudno in Wales, by Professor V. Zharkova (Northumbria University) and a team of other well qualified scientists.

The sun has its own magnetic field, which varies in both amplitude and spatial configuration over time. The changes in the strength of the magnetic fields in the solar atmosphere results in changes of electromagnetic radiation from the sun, changes of the intensity of plasma flows coming to Earth, as well as the number of sunspots appearing in the photosphere (the visible lowest layer of the atmosphere which might be called the surface of the sun). They studied the changes in sunspot number, with a cyclic structure varying approximately every 11 years, which also has an impact on Earth’s environment. END_OF_DOCUMENT_TOKEN_TO_BE_REPLACED

Astronomers at The Ohio State University and Vanderbilt University have discovered a planet that is so hot, its temperature rivals most stars. Credit: Robert Hurt, NASA/JPL-Caltech

The astronomy team presented their results in the journal Nature and at a presentation at the American Astronomical Society spring meeting (2017). They found the planet, which is 2.8 times more massive than Jupiter, but only as half as dense, to be continually bombarded by stellar radiation from the nearby star. As a result its day side is so hot that molecules such as water, carbon dioxide, and methane can’t form there. It is not known what the night side is like. It is speculated that molecules may be able to form there, but probably only temporarily. The planet is tidally locked to the central star KELT-9, which, at least, shields the night side from the intense radiation.

The environment of this planet is a far cry from the ideal environment God has created for life on Earth. Certainly life as we know it could not exist on a planet such as KELT-9. And considering that its atmosphere is constantly blasted with high levels of ultraviolet radiation it is unlikely a place to find any sort of life.