In March 2014 a team of astrophysicists announced to the world, through a public press release, that they had made the biggest discovery of the 21st century. Using the BICEP2, a telescope located at the South Pole they claimed that they had discovered evidence of the early inflation epoch of the big-bang universe. This was in part identified through what they claimed was the signature of primordial gravitational waves generated by distortions in spacetime during the first quintillionth of a quintillionth of a second after the alleged big bang and the effect of gravitational lensing on the B-mode polarization of the CMB photons1 that have travelled for allegedly the past 13.4 billion years since they left the big-bang fireball. The discovery was celebrated worldwide and some even spoke of a Nobel prize for the work.

Soon after the announcement on March 17th 2014 I pointed out the logical fallacy of this sort of thing. Cosmology is not science in the usual sense of experimentally repeatable tests. Cosmology is really historical science and as such there could be a plethora of possible explanations for the same evidence. Then a short while after the champagne corks had been popped, leading cosmologists, including Lawrence Krauss, also questioned the premature announcement stating,

END_OF_DOCUMENT_TOKEN_TO_BE_REPLACED

The discussion revolves around the so-called ‘smoking gun’ detection of the inflationary epoch of the big bang. See HAS THE ‘SMOKING GUN’ OF THE ‘BIG BANG’ BEEN FOUND? and the sequel HEY, NOT SO FAST WITH THE NOBEL PRIZE! 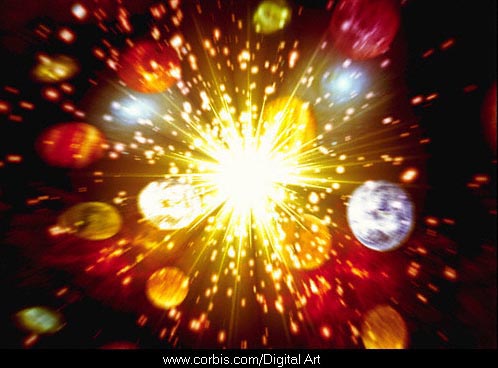 One article described it as follows:

Radio astronomers operating telescopes at the South Pole said Monday that they’ve discovered evidence that the universe ballooned out of the Big Bang due to a massive gravitational force generated by space itself. The discovery is being called the “smoking gun” for the Big Bang theory, and it could have huge implications for our understanding of our universes [sic] (and possible others).

Harvard-Smithsonian astrophysicist John M. Kovac and his team detected gravitational waves—tiny ripples in the fabric of space—that could be the first real evidence for the ‘inflation’ hypothesis of how the universe basically bubbled into being nearly 14 billion years ago. The discovery also suggests that our 14 billion light-years of space aren’t all that’s out there—our universe could be a tiny corner of something much, much bigger.