You must listen to this interview titled (on http://www.newstarget.com):

This is a first: Steve Quayle, Gary Heavin and myself joined Sheila Zilinsky for an explosive tag-team interview that has just been published on Brighteon.com, Rumble and other free speech platforms.

This interview covers transhumanism technology in coronavirus vaccines, the case for Trump winning the election, why domestic warfare breaks out across America very soon, and even the globalist genocide agenda against humanity.

Never before have these three highly informed guests appeared together in any interview. And the results are truly hard-hitting.

WARNING: Fake Christians who have turned their bodies and souls over to Satan by accepting vaccines made with aborted fetal tissue will be highly offended by this interview. If you are a fake Christian who only pretends to follow the word of God so that you can be accepted in your fake church that actually worships Satan, you won’t want to hear this talk. Because we call out all the fake Christians who are actually serving evil. And this includes followers of the Pope who is an “entity” serving Satan.

END_OF_DOCUMENT_TOKEN_TO_BE_REPLACED

In the last chapter we saw the revelation deal with the open book, which symbolised the Bible that God thrust upon the nations in their own native languages after the Reformation. The Roman Catholic Church was opposed to its circulation, and many persons were burned for the only crime of possessing a Bible. With that book John the Apostle was commanded to preach the true gospel. That was representative of the missions to spread the gospel to the world. Events continue on from there. Chapter 11 events occur under the sixth trumpet up to verse 15 when the seventh angel sounds his trumpet and the Lord returns to claim His kingdom.

This chapter opens with the Apostle John being given a reed to measure with (v.1). It is a divine measure, not by man’s standards but by God’s. There is a divine standard for measurement, given to the Apostles by Christ, and that is the New Testament of Jesus Christ.

The revelations always apply to peoples and nations not buildings and things. In verse 1 “…measure the temple of God, and the altar and them that worship therein” symbolises the true Church, the true faithful believers. They are measured against the Word of God, but the false church measures itself by its false pagan traditions, decisions of the Popes and decrees of councils.

Thus “the court … outside the temple” which is “given to the Gentiles” (v.2) symbolises the false church, the false institutionalised Latin Roman church, of religionists, which persecutes  “tread under foot” the true Church for “forty and two months” or 1260 days. The period of time many have suggested is calculated by a day symbolising a year. Isaac Newton wrote that these ‘days’ are actually prophetic years. Therefore the Roman church persecutes the true believers for 1260 years, though I believe that this could be symbolic of a longer period of time than that.

END_OF_DOCUMENT_TOKEN_TO_BE_REPLACED 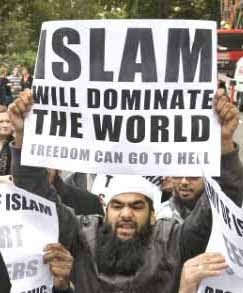 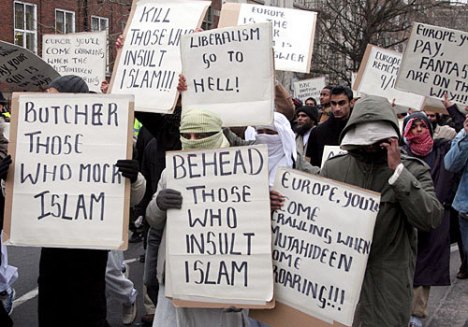