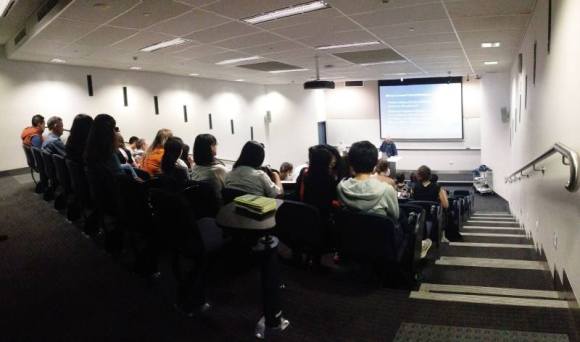 The following is a brief summary of a lecture I presented (picture above) at the University of Adelaide on April 4th 2014. This event  was co-sponsored by an Adelaide church which put up posters around the university the week before. About 50 students and staff attended the lecture which took place within the less-than-Christian-friendly philosophical and ideological environment of this typical Western university. From this picture (below right) of posters  you can see this is a climate where, for example, Marxism is promoted despite the fact that the ideology caused the deaths of 100 million humans in the 20th century alone. Also published on creation.com.