Notes of a lecture on the historical philosophical development of the notion that the universe is very old. The lecture was given August 1st 2015. See Age and Reason Seminar Adelaide for details.

Bishop James Ussher was the Irish Archbishop of Armagh and primate of all Ireland. He excelled in education, was fluent in Arabic and Hebrew. In 1654, after an exhaustive investigation, he published his date for the Creation of the Universe – 4004 B.C..1 When Ussher published this Creation date it was believed. There was nothing remarkable about that. If you add up the genealogies in the Bible, and with a bit of historical knowledge, you can easily get a time since the beginning of the world of around 6000 years. It was believed that God created the world as He said in Scripture about 4000 years before Christ. For roughly 18 centuries of the Christian era such a time period was widely believed.

And it was from the Middle Ages science was nurtured in the Christian universities of Europe and flourished after that, from the Reformation on, underpinned by the rich Christian worldview that held that the Universe was created by a rational trustworthy God, and the unchanging laws of nature are His creation.

END_OF_DOCUMENT_TOKEN_TO_BE_REPLACED 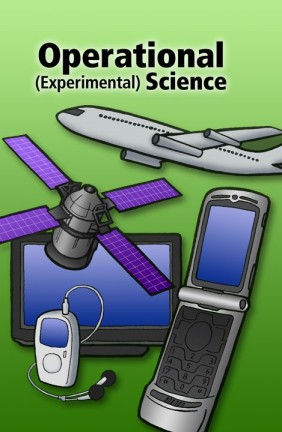 Most scientists themselves do not understand the distinction. They often are too close to the subject to realise.

When a forensic scientist enters a crime scene he collects evidence. These are, for example, bodily fluids, tissue samples, fingerprints, paint scrapings, etc. He goes to his lab and uses sophisticated machines to determine the DNA of the victim or perpetrator, or scan for a fingerprint match in a data base, etc. That is repeatable science, hence operational science.

END_OF_DOCUMENT_TOKEN_TO_BE_REPLACED

Previously I explained that there are really two types of science.1 One is operational or experimental science which is based on repeatable experiments (e.g. done in a lab) in the present. The experiment can be repeated again and again, and because we trust that laws of nature (which God created in the beginning) are immutable we have learned to expect the same results. This is the basis of the modern technological revolution.

Historical ‘science’ is based on evidence available in the present but consists of stories about supposed events in the past that cannot be repeated, observed, or tested experimentally. It is forensic science where you have to make up a story about the past, which best fits the evidence at hand. The evidence is circumstantial at best.

If a moving automobile were an organism, functional biology would explain how it is constructed and operates, while evolutionary biology would reconstruct its origin and history—how it came to be made and its journey thus far.