Part 3 of my review of the book: “The Big Picture: On the Origins of Life, Meaning and the Universe Itself,” by Sean M. Carroll. Part 2 is found here.

Carroll defines naturalism saying it comes down to three things (p.20) and that “the only reliable way of learning about the world is by observing it”. But how can he know that if he is not God. Suppose for a minute that there really is a Creator God and He gave us a revelation in His written Word. But because man cannot, by definition, observe God, since He is a spirit and outside the realm of detectability by science, how can he know that what God has written is not a reliable way of learning about the world? And this is another self-refuting claim: what observation did he make, or even could he make, that reliably showed that observation is the only reliable way of learning?

His form of naturalism – poetic naturalism (after David Hume) – is just standard atheistic naturalism, but he adds that man has responsibility and freedom (p.21).

“The world exists; beauty and goodness are things that we bring to it.”

He means there is nothing intrinsically good or beautiful. He writes that there are

Extending the idea of Laplace’s Demon, he writes

“Realistically, there never will be and never can be an intelligence vast and knowledgeable enough to predict the future of the universe from its present state.” (p.34)

In the chapter titled “Reasons Why” he says that Leibniz’s Principle of Sufficient Reason is a mistake. That principle states that “For any true fact, there is a reason why it is so, and why something else is not so instead” (p.40). And he points out that

“Hume noted that conceiving of effects without causes might seem unusual, but it does not lead to any inherent contradiction or logical impossibility.” (p.41)

This leads to his belief that the universe needs no reason to be; it simply is.

He implicitly believes a big bang origin for the universe 14 billion years ago, and says that there are some questions for which we may not get answers.

END_OF_DOCUMENT_TOKEN_TO_BE_REPLACED

As a teenager I co-authored a book comparing the competing cosmologies in 1968. They were the Big Bang Theory (BBT) and the Steady State Theory (SST). Even though the discovery of the cosmic microwave background (CMB) radiation provided a big boost to big bang theories at that time, I preferred the SST because it had no origin in time. You see, I was an atheist then and I reasoned that if the Universe had no beginning then it didn’t need a Creator and thus I had no God that I needed to obey.

The fact that the BBT has an origin in time—a unique past boundary—has been particularly vexing for the atheist believers in that cosmogony. Using various approaches the BB theorists have been trying to eliminate the beginning, by replacing the Creator with an eternal quantum potential, which existed for eternity past, and then 13.8 billion years ago exploded into the big bang universe, … or, so they say. For now though, they are stuck with the universal origin in a singularity, which in itself has led them to worshipping the Universe itself.

The explanation given in the Bible I now find so much more satisfying. Any cosmogony, which attempts to correctly describe real history, must be consistent with and follow not only the biblical time scale but also follow the sequence of events in the Genesis account. I present a very brief summary of a few biblical creationist models. These models acknowledge the eternal Creator God as the source of everything in the Universe.

END_OF_DOCUMENT_TOKEN_TO_BE_REPLACED

—The bankruptcy of big-bang thinking and its ‘dark’ fudge factors

Six important questions are asked in regards to the alleged big bang origin of the Universe? These questions highlight the bankruptcy of big bang thinking, about the origin of the universe that needs numerous fudge factors.

Embracing the ‘darkness’ has led man to develop unprovable fudge factors to plug the holes in his failed theory. I deal with each of these:

…. 14 more problems are listed but not discussed in any detail.

Six major fudge factors are highlighted as a result but there are many more. The big bang needs these unverifiable fudge factors; so why hasn’t it been discarded? The answer is simple. The alternative, for the atheist–a Creator God–is unbearable, and for the compromised theist or deist, who accepts a big bang origin for the universe, the Creator as described by a straightforward reading of the Bible, is unbearable.

END_OF_DOCUMENT_TOKEN_TO_BE_REPLACED 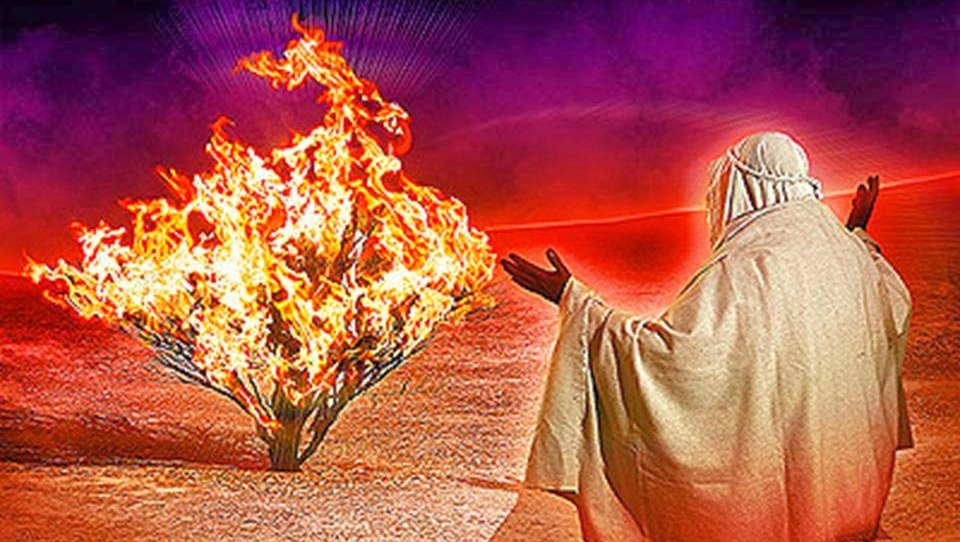 In the book of Exodus chapter 3 we read about when God called Moses to lead the children of Israel out from under the oppression of the Pharaoh of Egypt.  The following is the English translation of the Hebrew text Exodus 3:13,14 (King James Version Easy-Reading (KJVER) Bible used. Bold are my emphases.)

END_OF_DOCUMENT_TOKEN_TO_BE_REPLACED

Here are quotes from two of your articles that I’d like to ask a question about:

In the first case, God miraculously slowing local vs cosmic clocks is deemed ad hoc; however, in the second case God is required to do trillions of smaller miracles (creating all the stars in a certain order, over billions of years). How is the second any less ad hoc than the first?

END_OF_DOCUMENT_TOKEN_TO_BE_REPLACED

I tell more of my story of how I continued to seek the Lord and of my journey around Australia, in 1974, which led me out of the Roman Catholic Church. I sought for the baptism and power of the Holy Spirit because I desired to be a witness for my Lord. I outline my meeting with other Christians and the Children of God and finally my infilling of the Holy Spirit. This involved my commitment to the Lord to forsake all else to serve Him and Him alone. All the glory to God.

I just watched this documentary. It is powerful. Buy it! You won’t be disappointed!

The movie has been available since October 20th 2015. Order it now. More Information

Creation Ministries International (CMI) undertook a major new offensive to take even more ground in the battle to proclaim the truth of the Bible. The aim was to simply and concisely expose evolution’s fatal weaknesses.

It culminated in 2014 with the completion of a milestone book, and a 96-minute DVD documentary, both called Evolution’s Achilles’ Heels.

The Achilles’ heels of evolution are often in the very areas widely considered to be impregnable strongholds of this belief system. These areas are the topics systematically covered in both the book and the documentary. They are:

We believe evolution theory has no answer to these weaknesses, once properly explained and understood. The book is like no other work that we are aware of, in that it is authored exclusively by nine Ph.D. scientists, including myself, to produce a coordinated, coherent, powerful argument. The documentary involves even more PhD scientists, 15 in all, and features striking footage and brilliant computer animations. All of these scientists received their doctorates from similar, secular universities as their evolutionary counterparts. Each is a specialist in various relevant fields.

END_OF_DOCUMENT_TOKEN_TO_BE_REPLACED

—or, blinded by big bang blackness

The origin of our universe is a vexing problem for the atheist. The very state of the observable universe today presents serious problems for them, as it demands a Creator. Why did the universe begin in such an organised state, where laws are finely tuned for life to exist, and where irreversible processes occur producing the forward­­ march of time?

In thinking on the nature of the universe and our existence within it, the Greeks developed the philosophies of rationalism1 and empiricism2, two different approaches they believed could determine truth from the world. The former involved deduction,3 and the latter, induction.4 No reference to a Creator God was considered relevant.

The modern cosmologist, one who attempts to explain the origin of a rational universe, with laws derived from observation, is one who believes he can, by inductive reasoning alone, discover its origin without the Creator.

The atheists say the rational mind concludes that there is no God, therefore the universe is the outcome of pure materialism.5 Then how do we explain how the universe came to be? How do we, by induction alone, explain the origin of the laws of physics? And how do we test if our explanations are correct? These are fundamental epistemological6 questions that need to be answered.

END_OF_DOCUMENT_TOKEN_TO_BE_REPLACED

8 reasons are presented that make evolution an impossible idea. The term evolution is used in the general sense applying to the universe beginning at the big bang, and including cosmic evolution of stars and galaxies, the solar system and Earth, and the origin of life and biological evolution.

The questions are taken from the cosmos, from geology of the planet Earth and from biology. The reasons that make evolution foolish as a viable scientific theory are posed as the lack of any reasonable answer to 8 questions:

Where did the Universe come from?
How did nothing explode?
How did stars and galaxies form?
How come all rocks dated with Carbon-14 give ‘absolute ages’ less than 56,000 yrs?
How do you determine the absolute age of a fossil?
Why hasn’t evolution been observed?
How does specific complex coded information in DNA arise by chance?
How did life arise from non-living chemicals by random chance?

See my article 8 REASONS WHY EVOLUTION IS FOOLISH.  Note the questions and my answers also at the end of the web article. You can find a pdf tract of the same title in English or other languages under Downloads on the front page.

This is a lecture delivered at the University of Adelaide on June 6th, 2014. I presented the lecture to an audience of about 55 and spoke on the topic for about 60 minutes presenting my 8 reasons via 8 questions which, so far, have not been answered by evolutionists. Following the lecture we had about 40 minutes of Q&A. The lecture was attended by an atheist group who attempted to catch me with ‘straw men’ and misdirected questions, see: ATHEISTS TURN OUT TO STRIKE AGAINST CREATIONISM AND THE SUPERNATURAL.

(In the following all bold are my emphases added. Square brackets [ ] indicate meanings of words, and my explanations. Unless otherwise stated King James Version Easy-Reading Bible (KJVER) used.)

Joel 3:1-2 For, behold, in those days, and in that time, when I shall bring again the captivity [bring back the exiles, those who were in captivity] of Judah and Jerusalem, 2 I will also gather all nations, and will bring them down into the valley of Jehoshaphat and will plead with them there for My people and for My heritage Israel, whom they have scattered among the nations, and parted [divided up] My land.