In a prophecy given by the prophet Hosea the Lord said:

Hosea 11:1  When Israel was a child, then I loved him, and called My son out of Egypt. 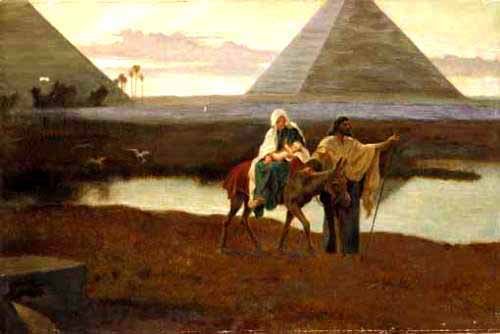 The Lord refers, in the first part, to the nation of Israel, while in its infancy, God called out of the land of Egypt. But the second part is a prophecy of Christ Jesus, the Son of God who, in a parallel way, God also called out of Egypt. This happened after Mary and Joseph had taken the infant Jesus down to Egypt to protect Him from King Herod, who sought to kill Him. Only after Herod died did Jesus return to Israel from Egypt.

Matthew 2:15 And was there until the death of Herod: that it might be fulfilled which was spoken of the Lord by the prophet, saying, Out of Egypt have I called My son.

The nation called Israel really started with the conversion of Jacob to becoming a man of God. After his conversion God called him Israel. From him, i.e. his children, came the 12 tribes of Israel.