–a pagan story of origins

In 1927 Roman Catholic priest Georges Lemaître1 developed his theory of the expanding Universe and published a paper describing his theory,2 which envisioned a universe with all galaxies moving away from all other galaxies. At that time the Universe was considered to be static. Lemaître solved the gravitational field equations of Einstein’s General Relativity theory for the Universe, taking into account the work of Alexander Friedmann, who published in 1922 (but died in 1925). From that he concluded the Universe must be expanding or contracting.  Nowadays that formalism for the family of models they produced is called the Friedmann-Lemaître solution describing the big bang universe. From that Lemaître developed the idea of the Universe having a unique origin at some past moment of time.

In 1931, Lemaître described the Universe as exploding from a ‘Cosmic Egg’, which was like a giant atom, with all the mass of the Universe. His idea was that the myriads of galaxies of stars in the Universe formed out of and expanded out from that initial state of the ‘Cosmic Egg’.  Lemaître imagined that the Universe started from a fluctuation of his first quantum of energy (his ‘Cosmic Egg’) when space and time were not yet defined.3

You might think that Lemaitre looked to the Scriptures, to Genesis, for a clue here (for an origin in time) but his reasoning was man’s not God’s. His assumption was a finite unbounded universe, having no centre nor edge–that is, there are no preferred points in his universe. And by winding time backward one could imagine that all points would come to a common point at a finite period of time in the past. Thus he reasoned that this must mean that the Universe had a beginning in time—hence a creation at a moment in the past. Apparently Sir Arthur Eddington, a Quaker, found Lemaître’s idea of creation philosophically repugnant, as there was a prior belief among cosmologists at the time of the Universe eternally existing.

From his quantum of energy—which he called a “primeval atom”4—his theory predicted that this was the material from which all matter—the stars and galaxies—was derived. He predicted that some form of background radiation, even cosmic rays, would be found, the leftovers of that initial explosion of matter into all the Universe.5 That is not accepted by big bang astronomers today.

Eventually from his theory the origin of the Universe was formalised not from a ‘Cosmic Egg’ but from a singularity of zero dimensions with the Universe smoothly expanding out of it, and beginning in an intensely hot fireball stage. It wasn’t until 1949 that this was, in derision, called a ‘big bang’ on a BBC radio program by Sir Fred Hoyle, while discussing what his opponents believed. Hoyle was very much against any idea of a big bang universe, as he firmly believed in the steady state model.

Now the story so far, many people know. But do they know that Lemaître was cheated out of his claim to fame?6

END_OF_DOCUMENT_TOKEN_TO_BE_REPLACED

I tell more of my story of how I continued to seek the Lord and of my journey around Australia, in 1974, which led me out of the Roman Catholic Church. I sought for the baptism and power of the Holy Spirit because I desired to be a witness for my Lord. I outline my meeting with other Christians and the Children of God and finally my infilling of the Holy Spirit. This involved my commitment to the Lord to forsake all else to serve Him and Him alone. All the glory to God. 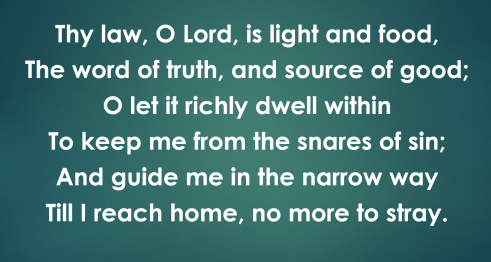 LUCIFER is an acronym for the instruments lengthy title, “Large Binocular Telescope Near-infrared Utility with Camera and Integral Field Unit for Extragalactic Research.”  Why would someone choose such a name? Even the acronym was crafted from only some of the letters of the words in the title above. They had to work at getting that name, like they really wanted to say something, or at least get our attention. Well, they have it now. The instrument called LUCIFER is attached to the University of Arizona’s Large Binocular Telescope (LBT) located on Mt. Graham in south-eastern Arizona. And the Vatican-owned Vatican Advanced Technology Telescope (VATT) is adjacent to it.1

According to Tom Horn and Chris Putnam, the Vatican is awaiting an alien saviour. This is what they write in their book “Exo-Vaticana”, so says Ecumenical News.2

“He (the papal astronomer) says without apology that very soon the nations of the world are going to look to the aliens for their salvation”, said Horn.

END_OF_DOCUMENT_TOKEN_TO_BE_REPLACED

Late in 1973 I finished my B.Sc. honours degree in physics at the University of Western Australia. After that I was not so sure what I should do. However, that summer (Nov-Dec 1973) I visited my Catholic girlfriend out in the country (which Australians call the Outback) on an aboriginal mission where she was working. I think she could not fully comprehend what was going on in my mind, though she was happy I was no longer an atheist but had become a Catholic. (We were engaged to be married when her service ended.) I grew to understand later that her service to God was some religious duty instilled in her by Catholic parents and the Roman Catholic Church, and not as a result of a new heart from a ‘rebirth in Christ’.

At that time, while working out there, I met a Christian guy who told me about David Wilkerson and his work amongst the New York gangs and drug addicts, where many were miraculously delivered from drug addiction and violence through Christ. David Wilkerson was (now gone on to be with the Lord) a born-again Christian pastor who trusted God for miracles to change the lives of many young people on drugs through the miraculous power of the Holy Spirit.

END_OF_DOCUMENT_TOKEN_TO_BE_REPLACED

In 1952, I was born in Manjimup, a small country town in the South West of Western Australia, but as my parents divorced early in my life I went to several different schools, finally completing high school in Perth. In my teen years I thought I was an atheist. But I soon found out that God had my number and He was after me. I studied mathematics, chemistry, physics, and cosmology.

I was not brought up in a “Christian” family and received a very secular education, but did attend Sunday school, and, back then Scripture classes were taught in the public schools. We even prayed the Lord’s Prayer every morning at school assembly. How times have changed.

One interesting thing I do remember though from very young.  When I was about 8 or 9 years old I heard my father ask my mother the question, “Who was Cain’s wife?” In the book of Genesis one of the sons of Adam and Eve, Cain, killed his brother Abel, and we don’t read much about his life after that except the scripture tells us Cain took a wife, and had children. Well, who was she? This question not having a logical answer, to my father, meant that the Bible must be wrong. See the importance of good foundational biblical teaching, early in the lives of our children?