An article was sent to me, by a friend, where the author claims that Jesus’s name in Hebrew — Yeshua — is written over a hundred times in the OT. I have reproduced the article entirely below (blue indented text) with some comments following.

YESHUA IN THE TANAKH

(The Name of JESUS in the Old Testament)

In dealing with my Jewish brethren for the past many years in Canada, the United States, Argentina and Uruguay. I had one great difficulty, and it was this: My Jewish people would always fling at me this challenging question, “If Jesus is our Messiah, and the whole Old Testament is about Him, how come His name is never mentioned in It even once?“

I could never answer it satisfactorily to their way of thinking, and I admit I often wondered why His name was not actually written in the Old Bible.  Oh, yes, I could show them His divine titles  in Isaiah 7:14, 9:6 and Jeremiah 23:5,6, and even the word MESSIAH in several places; but the Hebrew name that would be equal to Jesus, that I could not show.  Then one day the Holy Spirit opened my eyes, and I just shouted.  There was the very NAME, Jesus, found in the Old Testament about 100 times all the way from GENESIS to HABAKKUK!  Yes, the very word – the very NAME – that the angel Gabriel used in Luke 1:31 when he told Mary about the Son she was to have.  “Where do we find that NAME?” you ask.  Here it is, friend: Every time the Old Testament uses the word SALVATION (especially with the Hebrew suffix meaning “my,” thy,” or “his”), with very few exceptions (when the word is impersonal), it is the very same word, YESHUA (Jesus), used in Matthew 1:21. Let us remember that the angel who spoke to Mary and the angel who spoke to Joseph in his dream did not speak in English, Latin, or Greek, but in Hebrew; and neither were Mary or Joseph slow to grasp the meaning and significance of the NAME of this divine Son and its relation to His character and His work of salvation.  For in the Old Testament all great characters were given names with a specific and significant meaning.

END_OF_DOCUMENT_TOKEN_TO_BE_REPLACED

Kyle’s testimony of his salvation and overcoming fear from demons at night through the power of Jesus’ Name. 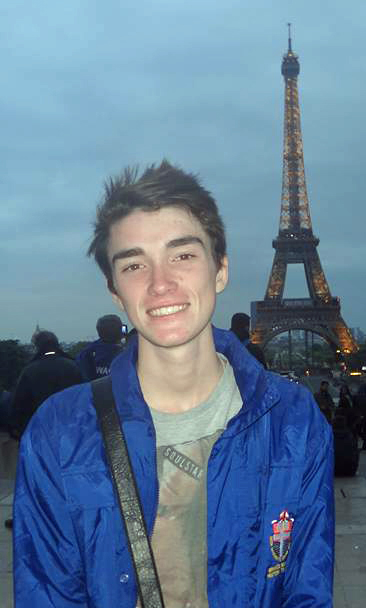 I was born and raised in a Christian family, as a young child the idea of heaven and the life after death was a great fantasy I wished would be fulfilled. Although my parents were never forceful of attending Church nor reading the Bible, I fully was convinced that Jesus and God was real. Although later in life, this idea was only reassured as the only possibility. In my life I’ve experience a lot of spiritual warfare but it’s only brought myself closer to Jesus.

Ever since I’ve been young, I’ve been able to sense if something is with me or close to me in the current room. It’s difficult to describe, although this feeling is associated with fear and that someone is watching you. When I was young, this feeling scared me. I would only get it when I was alone and when I didn’t feel safe. Now, I’ve come to realise this feeling was me sensing the presence of a demon.