Belief in God means belief in the Creator who created man in His own image.

27 So God created man in his own image, in the image of God created he him; male and female created he them.
28 And God blessed them, and God said unto them, Be fruitful, and multiply, and replenish the earth, and subdue it: and have dominion over the fish of the sea, and over the fowl of the air, and over every living thing that moveth upon the earth. Genesis 1:27,28 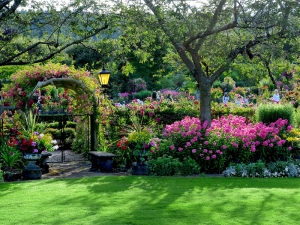 He created a world for us to have dominion over as wise gardeners but not to worship the creation in place of the Creator.

20 For the invisible things of him from the creation of the world are clearly seen, being understood by the things that are made, even his eternal power and Godhead; so that they are without excuse:
21 Because that, when they knew God, they glorified him not as God, neither were thankful; but became vain in their imaginations, and their foolish heart was darkened.
22 Professing themselves to be wise, they became fools,
23 And changed the glory of the uncorruptible God into an image made like to corruptible man, and to birds, and fourfooted beasts, and creeping things.  Romans 1:20-23

Cancer in our society

Nowadays the socialists are using the environmentalist movement to get power over the populous. We see the spread of Islam in the world and the rise of Islamic terrorism. We see the decay of the nuclear family, the destruction of the marriage through a 50% divorce rate, pornography, and the normalisation of homosexuality–including gay marriage laws.  God once destroyed two cities–Sodom and Gomorrah–for that perversion (Genesis 19). I could go on and on about the decay of the nations. But all this began 6000 years ago in the Garden of Eden. 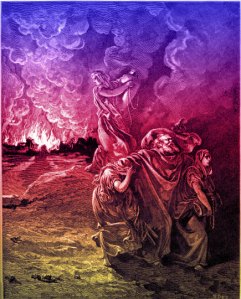 The agent behind the scenes is Lucifer himself (was then and still is) who is their idol, the ultimate agent of individualism and defiance of the Creator. Look at history. Look at the change that has happened in our society. What was once considered sin is now considered an alternate lifestyle. What was once considered murder is now considered “choice.” Once life was considered sacred but now the Western societies are murdering millions of babies every year. Abortion is the number one cause of death in America today.  Nearly 1,310,000 pre-born innocent human beings killed annually in America today.

And the church has fallen hook line and sinker for Satan’s lie.  Genesis chapter 3

They had a paradise but Satan deceived them into giving it up. There he told the first lie:

4 And the serpent said unto the woman, Ye shall not surely die:
5 For God doth know that in the day ye eat thereof, then your eyes shall be opened, and ye shall be as gods, knowing good and evil.  Genesis 3:4,5

And then Eve ate the fruit and gave to husband and he ate. Their eyes were opened and they not only saw what was good and evil, they also became like Satan in their evil intentions in their hearts (Jeremiah 17:9). And yes, they did die as a consequence of their sin. That is why we, Adam’s offspring, all die. “The wages of sin is death” (Romans 6:23) and we are all (Romans 3:23) bound for hellfire without the redemption of Christ for those who repent.

The liberal church–the majority of the mainstream churches–tell us that this is all a myth. It is not real history.  It is just allegory. This is the subtlety of the devil’s lies. He has convinced the so-called Christian church that His Word cannot be trusted as truth.  They might say it has God’s Words in there somewhere. They say it has many errors and hence the implication is that it cannot be trusted. But Jesus Himself said:

Man shall not live by bread alone, but by every word that proceedeth out of the mouth of God.  Matthew 4:4

Think about that! He said every word. All His words are important, not just some general message. Our society no longer cares about His Words. They violate all of the “10 Words” or what we know as the “10 Commandments” of God because many believe there is no God and hence no Hell. No Hell means to them no ultimate judgement, and so in the post-modern mind you can do as you like because there are no consequences.

They have changed history to a story where man evolved after 3.8 billion years from pond scum that started living by some unknown random chance processes. And since there is no reason or purpose for life they say there are no moral absolutes, so just do whatever feels right.

The so-called church has joined the world. Wishing to appear learned and scholarly the clergy have received their degrees in the secular universities and imbibed the destructive lies of Satan.  “Man was not created by God,” “He evolved,” “The science can be trusted” they say.  Or “Jesus was a man for social justice.” They remove the deity of God and speak only of man.

The door is open wide for the sins of pride and arrogance. Man has become a god himself who is now able to determine his own destiny. Man can determine truth himself apart from His Creator. But Satan is smarter than they.

I personally experience the result of this in the universities I have worked in and have visited. I see an overwhelming spirit of man being the creator of his own destiny. Man knows truth, they say. There is no God, certainly not the personal Creator of the Bible. To believe in a Creator God seems almost totally foreign to the modern academic. (Thankfully there are still a few who hold to biblical truth.)

As a result the “church” now teaches another gospel. It is a social gospel–it is one of inclusiveness, that all men have to do is “love”. Of course their definition of “love” is not that of Jesus Christ, who said:

The new gospel starts with redefining the history of the world (the big bang and evolution) and ends with a different Jesus—a different gospel. Scripture warns:

Beware lest any man spoil you through philosophy and vain deceit, after the tradition of men, after the rudiments of the world, and not after Christ.  Colossians 2:8

The deception comes in many forms. We see the creep of discrimination (against Christian doctrines) slowly entering society in appeasement to the Islamic agenda. The mainstream church works against the true gospel. They side with the atheist and Islamic agendas. The progressives (who don’t like the label of ‘the Left’) inexorably have taken over the West. Starting with atheistic Karl Marx, then the true communists using the socialists as useful idiots they have persuaded the democracies founded on Judeo-Christian values to forfeit those values and adopt those that God hates. It all started in the beginning. There is nothing new under the sun (Ecclesiastes  1:4-11).

I recommend you watch this video while you still can:

3 replies on “Cancer in our society”

Just thinking about what’s in the bible, haven’t been reading it lately but from memory do believe a lot of it is inspired by God and the Angels but man comes through a lot in his interpretations which has caused a lot of strife in the world. One example when a woman commits adultery she gets stoned, what happens to the man? I don’t think u can be dogmatic about anything, we need to judge everything as it comes up, each case on its merits. Look how huge creation is, the planets, huge!! How can we put it all in one book and live by that. Sure we can take from it, it’s wisdom but we can only see through a glass darkly, it’s not face to face, it’s not absolutely clear and I have seen many people stuff up their lives and their kids lives trying to be 100% in following something that isn’t even for today.

Deborah, the example you give of a woman being stone for adultery falls short of the whole story. That was the law but also the man was subject to the same punishment. A picture you might remember is one where Jesus interrupted a woman caught in adultery from being stoned and ask those doing it “He who is without sin let him cast the first stone.” Of course none were without sin. The point is we cannot be righteous in ourselves. Only through humbling ourselves and repenting of our sins (which means turning our hearts to the Lord) can we be righteous in Christ. So the old law no longer applies because God has applied the law and received His justice for our sins in Christ shed blood and death on the Cross. He paid all our debts. God did put it all in one book–really a collection of 66 books. Yes, men wrote it but as the Holy Spirit directed them. Jesus never changes. His message is for today as much as it was for those 2000 years ago. Those who “stuff up” their lives I think might be because they try to follow the law instead of God’s grace and love. To be 100% for Jesus happens in your heart, not in some sort of lifestyle. The most important commandments are 1) Love God with all your heart and 2) Love your neighbour as yourself (Matt 22:37-39)

Sadly John the article is so true. It breaks my heart each day I read the news. To constantly see the erosion of what is upright and true replaced with evil that is called good and good that is called evil dismays me at times.
Sometimes and without wanting to sound dramatic, I’ve despaired of life itself to be honest. How easily the whole world is being deceived and sliding carefree into the abyss and judgement.

Abortion, well, it’s not even debated anymore! Homosexuals are heroes! Violence is every where, depravity of all kinds with no bounds, widespread child abuse, kidnapping, slavery, poverty, greed and so on. I recognise that I am in no place to judge, a mere man and myself plucked from the fire as it were and show contempt for the riches of God’s kindness tolerance and patience and hopefully repentance and salvation, escape even, through Christ Jesus alone.

Most people think our society is progressing though, as we are apparently better “educated”? Politically brainwashed in my opinion, which I can still just about express without to much fear, just though!

As for the Church however it’s a different story, I just cannot comprehend the stubborn open rebellion and false teaching in total contradiction to the sound understanding, interpretation and tradition of the Word of God! It’s bad! And it’s happening quickly! And to deny giving glory to God for His Creation and choosing evolution? It’s all idolatry really and I suppose it has to happen to prove who truly belongs to Christ.

Psalm 33:10,11 say “The LORD bringeth the counsel of the heathen to nought: he maketh the devices of the people of none effect. The counsel of the LORD standeth for ever, the thoughts of his heart to all generations.”

So I don’t despair once I remind myself that the Word of God states that The Lord has a plan, He is sovereign and no one and nothing can stand in His way! All these things must take place and it gets worse from what I read, and so they only herald His return. I hope He comes soon though!