Dark matter caused the demise of the dinosaurs? 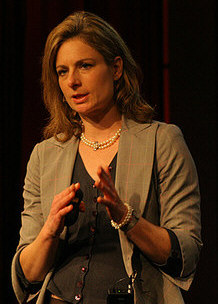 American theoretical physicist and cosmologist Dr Lisa Randall has developed a breakthrough five dimensional warped geometry theory. About two years ago she proposed a new hypothesis on dark matter which suggests the mysterious invisible substance that allegedly dominates the universe played a role in killing the dinosaurs.3 She even has written a book on it—Dark Matter and the Dinosaurs. In the book her new theory is summarised as follows.

[A]bout 66 million years ago, gravitational perturbations caused by a thin pancake-shaped disc of dark matter in the Milky Way galaxy dislodged icy comets in the Oort cloud at the very edge of the known solar system, resulting in the fiery meteoroid that eventually crash-landed in the Yucatan, leading to the mass extinction of more than 75 per cent of life on the planet in the process.3

Her radical new theory even posits mass extinctions every 35 million years or so.

“I am fully aware that it is speculative,” she says.4

Dinosaurs sell books and she has written a book that needs to be sold.

I’d call it a fairytale, except that might be insulting to fairies. To believe that it could even be true takes a lot of faith, which apparently describes Randall. She is reported to be unfazed by the panoply of uncertainties that her new theory incorporates.4

Artist’s illustration of alleged impact of comet that Randall asserts led to the demise of the dinosaurs. Still image taken from “Mass Extinction: Life at the Brink” (Credit: Smithsonian Channel).

Now let me spell this out. You have the dinosaurs wiped out by an alleged comet dislodged from an alleged Oort cloud, by an alleged perturbation in the gravitational fields near our solar system allegedly 66 million years ago by the action of an alleged disc of putative dark matter.

It is only by faith that someone would believe such a tale. There are almost no facts involved in the story. The only one I know is that the dinosaurs once lived on Earth and now do not.

Here you have a Harvard theoretical physicist playing to the media. Dinosaurs sell books and she has written a book that needs to be sold. What is most important is the message—getting the message out, do not get lost in the details. The successful evolutionists work with the media to sell their story. It does not matter about the details—the background story that evolution happened on Earth, and in the solar system and elsewhere is the main message.

Now dark matter—the hypothesised invisible matter that allegedly comprises 80% or more of the matter content of the Galaxy, yet never observed—has been invoked to solve another vexing problem: what wiped out the dinosaurs? Oh, that answers the question doesn’t it? No, not the majority of dinosaurs that were already extinct before the supposed impact, according to evolutionary ‘dating’ methods.5 That answers the big question in the cosmos: What is dark matter? Doesn’t it?

Well no! It does not! Nor does it tell us what happened to the dinosaurs. Noah’s Flood as the main cause of their demise is a far more reasonable explanation. The evidence is plain to see. No dark matter is needed.

2 thoughts on “Dark matter caused the demise of the dinosaurs?”