The Apostle Paul warned the young disciple Timothy to stay diligent to study and understand the Word of God and not to be deluded by the heresies in the day he lived.

O Timothy, keep that which is committed to thy trust, avoiding profane and vain babblings, and oppositions of science falsely so called: Which some professing have erred concerning the faith. Grace be with thee. Amen. 1 Timothy 6:20,21

The word translated ‘science’ here is γνῶσις gnosis in the Greek text. It means knowing or knowledge. The warning is against that false knowledge—gnosticism.  Gnosticism was the predominant source of heresy when the New Testament was written.

Those heresies included that Jesus Christ was not deity, he married Mary Magdalene, had a child fathering some special bloodline, etc. This was promoted by the Gnostics, from which today we get our English word “agnostic”.1 When someone uses that word, though it is meant to mean ‘cannot know’, it generally can be taken to mean they are an atheist.

Paul’s warning to Timothy, and by extension the whole Church, is against the type of knowledge that causes someone to stray from the faith, the true faith. We can apply this same type of warning today against those who subtly corrupt God’s Word by calling it a description, in Genesis 1, of the Big bang history of the Universe, or by promoting the lie that God used Darwinian evolution, in any form, to create all life on Earth.

Evolution is the gnostic delusion of our day.

God says in His Word through the prophet Solomon,

He hath made every thing beautiful in his time: also he hath set the world in their heart, so that no man can find out the work that God maketh from the beginning to the end. Ecclesiastes 3:11

God has not made it easy for the unbeliever, especially for the unbelieving scientist in his pursuit of ultimate truth, because without starting with the foundational truth of God’s Words I am afraid it would be a very difficult task. It is worth noting “…from the beginning to the end.” That phrase means it applies to the true history as described in the book of Genesis through to the ultimate end of human history on Earth as we know it.

As thou knowest not what is the way of the spirit, nor how the bones do grow in the womb of her that is with child: even so thou knowest not the works of God who maketh all. Ecclesiastes 11:5

God knows all things. After all He is the Creator of all things. It is important therefore that we listen to what He says He did, and do those things He commanded.

Which doeth great things past finding out; yea, and wonders without number. Job 9:10

Surely the Lord GOD will do nothing, but he revealeth his secret unto his servants the prophets. Amos 3:7

God has told us He will reveal His secrets to His faithful servants the prophets, the records of which we find recorded in Holy Scripture.

The secret things belong unto the LORD our God: but those things which are revealed belong unto us and to our children for ever, that we may do all the words of this law. Deuteronomy 29:29

If we are faithful to remain true to the written Words of God we can explore the Universe and maybe we will discover more about God’s secrets and a true history of what happened when few men or no men were there to see it. I do not think the agnostics and atheists and atheopaths will be the ones He reveals His secrets to. Instead…

And with all deceivableness of unrighteousness in them that perish; because they received not the love of the truth, that they might be saved. And for this cause God shall send them strong delusion, that they should believe a lie: That they all might be damned who believed not the truth, but had pleasure in unrighteousness. 2 Thessalonians 2:10-12

o me that God will and has already sent the unbeliever strong delusion. Today, this strong delusion is that man evolved from some past ape-like ancestor from a long line over millions and billions of years ‘climbing eventually out of the sea’. And because ….

Knowing this first, that there shall come in the last days scoffers, walking after their own lusts, 2 Peter 3:3 [emphasis added]

Wherein they will do as they please, because they believe there is no God to hold them accountable.

And saying, Where is the promise of his coming? for since the fathers fell asleep, all things continue as they were from the beginning of the creation. 2 Peter 3:4

“Ah, there’s nothing to worry about!” The older generation got it wrong. Now Darwin has straightened all that out. All things have slowly changed over time. We see slow and gradual changes today; it has continued like that for the past billion years or so. Geology tells us the Earth is 4.5 billion years old—that is plenty of time for microbiologists to have evolved from microbes. Deep time is all you need—lots of time.

In Timothy’s day there were those who ignored the signs in nature and in His Words. Just like today.

For this they willingly are ignorant of, that by the word of God the heavens were of old, and the earth standing out of the water and in the water: 2 Peter 3:5

They choose to turn a blind eye to the evidence that the world was once flooded with a global flood, from which no one escaped except 8 people whom God chose—Noah, his wife, their 3 sons and their 3 wives. That was the wrath of God then and it will come again but next time, not by water, but by fire (see book of Revelations or the Apocalypse).

For the invisible things of him from the creation of the world are clearly seen, being understood by the things that are made, even his eternal power and Godhead; so that they are without excuse: Because that, when they knew God, they glorified him not as God, neither were thankful; but became vain in their imaginations, and their foolish heart was darkened.  Professing themselves to be wise, they became fools, And changed the glory of the uncorruptible God into an image made like to corruptible man, and to birds, and fourfooted beasts, and creeping things. Romans 1:20-23

This description sounds very much like evolution – they worshipped the creation then just as many do today, especially in academia. 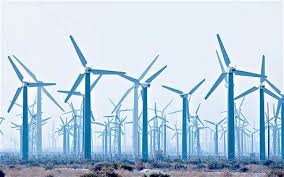 Saying to a stock, Thou art my father; and to a stone, Thou hast brought me forth: for they have turned their back unto me, and not their face: but in the time of their trouble they will say, Arise, and save us. Jeremiah 2:27

But can the beast of the field or a stone save you from hell-fire. No way!

Who changed the truth of God into a lie, and worshipped and served  the creature more than the Creator, who is blessed for ever. Romans 1:25

That is an apt description of the atheists and particularly those who believe in a god who used evolution as a means to create. This even describes those who accept everything from the alleged big bang to this current time and the sequence of events it entails with the origin of all living things. These include the progressive creationists,2 the theistic evolutionists and all other compromisers with the Genesis record. They have changed God’s glory into that of beasts. They have become servant to the creation—the modern lie of the leftist Greens—’save the planet but to hell with the humans!’

But God’s knowledge and truth is far above those who impune His glory. It is He …

That frustrateth the tokens of the liars, and maketh diviners mad; that turneth wise men backward, and maketh their knowledge foolish; Isaiah 44:25

This comes about because…

And even as they did not like to retain God in their knowledge, God gave them over to a reprobate mind, to do those things which are not convenient; Romans 1:28

Hence they spend their lives in a delusion, a lie, that does not satisfy or profit. So much more could be accomplished if Man would humble himself before his Maker. His Maker who gave His own life for them, that they might be redeemed from Hell. Sin had entered the world through the first man Adam’s sin and that sin passed to all men (Romans 3:23),

Wherefore, as by one man sin entered into the world, and death by sin; and so death passed upon all men, for that all have sinned. Romans 5:1

This condemns them all to Hell, but…

For since by man came death, by man came also the resurrection of the dead. For as in Adam all die, even so in Christ shall all be made alive. 1 Cor 15:21,22

Only through Christ can we be saved.

But today so many follow Richard Dawkins and the new atheists. They reject the Word of God as fables of men.

And he said unto him, If they hear not Moses and the prophets, neither will they be persuaded, though one rose from the dead. Luke 16:31

They reject the truth of Creation, which Moses wrote about in the book fo Genesis, hence neither would they be persuaded of the resurrection of Christ and His payment for the sins of the world. But God has told us that every word in the Bible has a message in it from the Creator. But know this God’s Words are always true and trustworthy..

Thy word is true from the be
ginning: and every one of thy righteous judgments endureth for ever. Psalms 119:160

They have been so from the beginning of Creation. It is described in Genesis 1.

And, Thou, Lord, in the beginning hast laid the foundation of the earth; and the heavens are the works of thine hands: They shall perish; but thou remainest; and they all shall wax old as doth a garment; And as a vesture shalt thou fold them up, and they shall be changed: but thou art the same, and thy years shall not fail. Hebrews 1:10-12

Jesus Christ (or Jehovah as He was called in the Old testament) created all things. He created the heavens—all the stars and galaxies of the Universe.  Scripture says that they shall perish—and they will—but God will remain.

Even though the law of decay has been in operation since the very beginning, we can understand the original Creation where God created everything perfect without death, without disease, without imperfections, without pain, or sickness, or sorrows. Only by Adam’s sin was the Universe cursed, as a result, and that perfect world changed. But God has promised to restore it again, in the end of all things (Revelations 21,22)